A fledgling country on the edge of the EU: Romania & Bucharest

When planning a trip to Europe, Ukraine, Romania and Poland wouldn’t normally make the top 3 destinations. For decades Eastern Europe has been overlooked in favour of its Western counterpart, stuck in the shadow of a communist regime that ended almost thirty years ago. Ash and I have both thoroughly travelled Western Europe, so in the interests of discovering new places (and saving money) we chose to explore behind the iron curtain.

We flew into Bucharest in the middle of the night. Travelling from the airport our initial impression was of a dreary and fairly austere city. Unfortunately this opinion didn’t change too much in the light of day the following morning. We joined a free city walking tour (with me being woefully underdressed for the -2⁰ temperature), and learned the history of the Romanian capital. Walking tours are a fantastic way to get oriented in a new city, and to appreciate the story behind the streets and buildings you walk past on a daily basis.

We learned why Vlad the Impaler, the inspiration for Dracula, was considered a national hero (turns out impaling hundreds of your enemies on spikes along highways is an effective way to discourage foreign invaders and protect your country). We also learned the incredible story of how architects saved historic buildings from the great demolition of Bucharest; by digging under the foundations, constructing railway tracks and literally rolling 5 storey buildings hundreds of metres out of the path of proposed new government projects.

Romania is a country that is still trying to establish itself after half a century of communist rule, almost half of which was overseen by a single General Secretary, Nicolae Ceaușescu. In a hugely counter-productive bid to improve Romania’s financial situation Ceaușescu instituted severe food, petrol and electricity rationing for years leading to the country having one of the worst standards of living in Europe. While his people suffered and starved, Ceaușescu spent the equivalent of €3 billion on the world’s largest government building, the 1,100 room Palace of the Parliament. To date the structure is the second largest administrative building in the world (second only the Pentagon), costs €6 million per year just to light and heat, all while 70% of the building remains vacant and unused.

Additionally during the time of Ceaușescu there were rampant human rights abuses and harsh crackdowns on dissidents, with estimates claiming that by the late 1980’s one in three Romanian citizens were an informant for the State. Worst yet, after the 1989 revolution which overthrew the ruling communist party, the group which came to power in the resulting vacuum was made up of Communist Party officials who had simply rebranded; leading some to argue that the citizen led revolution ultimately resulted in little more than an internal party coup.

Due to this Romania remains a relatively poor country by European standards, which for tourists has the advantage of meaning low prices. Ash and I ate (and drank) out regularly, and received absolute feasts for incredibly low prices. We went to a beautiful restaurant which has been in operation for over 200 years (Manuc’s Inn) and was later described by our cab driver as “the fanciest restaurant in Romania”, ordered 3 courses each and 1L of wine, all for less the $50AUD.

Of course anywhere a Western traveller considers ‘cheap’ usually means that many of the locals live in poverty. This was evident in Romania, where the average monthly wage is only $800 AUD, and unemployment and homelessness remain serious challenges. Walking through the city we could see the signs of many people sleeping rough in the middle of winter, the streets of the capital were constantly littered with rubbish, and buildings regularly displayed broken windows. In fairness the grey skies and endless identical communist style apartment buildings probably didn’t help our overall impression of the city, along with the fact that we had just travelled from the unbelievable decadence of Dubai, and may have subconsciously been comparing our current location to where we had just come from.

Bucharest Verdict:
Honestly, if it wasn’t for our Ukrainian visa mishap and the need to find a last minute alternative destination, Romania probably wouldn’t have been on our itinerary. Although we’ve heard that the castles and forests around Transylvania are beautiful, this time around we were only able to visit the fairly bleak capital Bucharest. While Romania is an inexpensive destination with an interesting history, Bucharest as city doesn’t offer too much for travellers beyond cheap eating and drinking. The country is slowly making efforts to transition into a modern European nation, but it still has quite a way to go compared to other former soviet states. 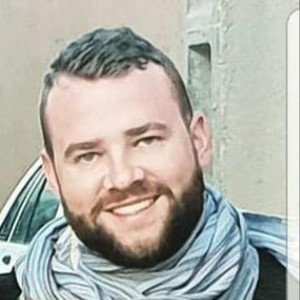